As part of a night scientific/artistic event, Etzel will lecture on the variety of dreams. For more information go to: https://www.nortic.se/dagny/event/23430

The Experimental Evidence for Parapsychological Phenomena: A Review 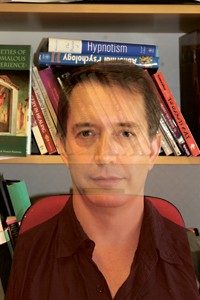 This article presents a comprehensive integration of current experimental evidence and theories about so-called parapsychological (psi) phenomena. Throughout history, people have reported events that seem to violate the common sense view of space and time. Some psychologists have been at the forefront of investigating these phenomena with sophisticated research protocols and theory, while others have devoted much of their careers to criticizing the field. Both stances can be explained by psychologists’ expertise on relevant processes such as perception, memory, belief, and conscious and nonconscious processes. This article clarifies the domain of psi, summarizes recent theories from physics and psychology that present psi phenomena as at least plausible, and then provides an overview of recent/updated meta-analyses. The evidence provides cumulative support for the reality of psi, which cannot be readily explained away by the quality of the studies, fraud, selective reporting, experimental or analytical incompetence, or other frequent criticisms. The evidence for psi is comparable to that for established phenomena in psychology and other disciplines, although there is no consensual understanding of them. The article concludes with recommendations for further progress in the field including the use of project and data repositories, conducting multidisciplinary studies with enough power, developing further nonconscious measures of psi and falsifiable theories, analyzing the characteristics of successful sessions and participants, improving the ecological validity of studies, testing how to increase effect sizes, recruiting more researchers at least open to the possibility of psi, and situating psi phenomena within larger domains such as the study of consciousness.